Hi everyone. I hope you’re all enjoying Falling For A Monster. This was a book that came to me suddenly while I was in the middle of writing a completely different book. FFAM became special to me, because as it got around to the end, I started to realize that perhaps this would be my last IR book… And it is.

As much as I love this genre, I believe my time has come to bow out and focus on other genres that are also near and dear to my heart. I will continue to write, a lot of the same type of stories I’ve been writing and explore some other themes I’ve yet to write about, in other romance genres. Once again, I’d like to thank you all for the tremendous support. It’s been a lovely ride 🙂

Just wanted to let everyone know that I’ve added this book to Amazon and it’s now available for purchase.As always if you like the book, I’d really appreciate some positive reviews. Thanks!

I’m still working on this book, editing and editing before I send it off to be copy edited by someone who actually has proper grammar (which I don’t). I thought I’d have the cover art to share but unfortunately I was told today that the person who was supposed to do it is no longer available. So, now it is being handled by another awesome designer and I hope to have something nice to share soon. In the meantime…

Viewed by many as a monster, Chase Hudson is a born and bred racist, who is unashamed of the twisted beliefs instilled in him as a boy growing up in the neo-Confederacy community founded by his grandfather. Chase accepts his lot and path in life by keeping to himself, knowing he can depend on and trust in no one but himself. Until his path crosses with Larke. The one person who has every reason in the world to despise him, but instead treats him like a man who is worthy of her compassion, trust and so much more.

Larke Taylor has never forgotten her harrowing encounter with the boy who’d threatened her harm at the tender age of nine. Thirteen years later, she is shocked and heartbroken to see the man Chase has become, after rejecting her innocent offer of friendship. His very presence frightens and intrigues her like nothing else. But beneath the hate-inspired tattoos telling her everything she needs to know about him, Larke finds it hard to deny all the other signs that speak to her heart. The ones telling her that Chase is much more than monster. He is a man deserving of love and way more than the life he leads, even if he doesn’t realize it.

As their relationship deepens, both are defenseless to defy their desire and all consuming need for the other. Larke knows while Chase is the only man who captivates and holds her heart, he is also the one person who has the power to shatter and burn it to ashes if he refuses to put her above his legacy of hate.

Today is my birthday. I’ve turned thirty-three. I still feel like a kid however, much to my husband’s dismay, lol. Twisted E-pub, my publisher for Someone To Call My Own has decided to do a one day sale on their site for this book. It will be on sale today for .99c. So now is the time to get a copy if you haven’t already.

I’m still editing my next book Falling For A Monster. I will post the cover art and blurb in a few days! Release date is still being decided, but hopefully will be in the beginning of February. As always thanks for the support. It is very much appreciated.

First and foremost I would like to wish everyone a very Happy New Year. So many things happened in 2016, good, and of course some infamous, pretty horrible stuff.

I for one, however plan on making 2017 a great year and I’m sure you all will too. I intend to write more, and my greatest wish is that I can put out the second Hart’s Fall book. I haven’t returned to this book, because there have been other characters inside my head that have pushed for their story and when that happens I honestly just HAVE to do it, because it feels like I’ll explode if I don’t.

On the other hand I have to be honest and say sometimes, many times, actually I feel discouraged with putting out the things I write. Perhaps my taste doesn’t coincide with what what most people want to read. But…the fact is I love writing. So this year my resolution is to remember that the stories I write are the ones I, above all else wish to read. I can only write what’s in my heart and hope others will share in the happiness of the Happily Ever After for the characters I bring to life.

In saying this all of this, I’d like to introduce you all to Chase and Larke. The hero and heroine in my current Work in Progress, Falling For A Monster, which I plan to self publish after editing, editing, and tweaking until it’s ready.

Maybe she shouldn’t have been so bold, Larke decided a second later as his entire body tautened, bearing down on her. She flinched as Chase’s eyes went dead cold, frostier than his voice when he bit out. “You need to back the fuck up and remember who you’re talking to. Yeah, it’s nice and cozy for you to sit on your goddamned picnic blanket, acting like some know it all bitch. Judging me and my––”

“I’m not listening,” Larke interrupted, standing quickly. “We’re done here.” She grabbed up her bag and laptop, brushing past him.

His hand shot out, grabbing her by the elbow. “We’re done when I say we’re done.”

“Yet I shouldn’t be afraid of you,” she said, her gaze flashing from his hand on her arm to his face.

Chase dropped his hand to his side. “All right,” he muttered, the anger evaporating from his tone. “Listen, just relax. I didn’t come out here to argue or start anything with you.”

Didn’t come. Meaning, he’d purposely sought her out. As if this could have been a coincidence anyway. Emboldened by the obvious regret on his face, Larke stared at him, utterly confused about everything.

He tilted his head to the side, avoiding her eyes.

So now he’s afraid to talk. Larke sighed. “Come on Chase. I need an answer. What is this? It’s all so weird. At least for me it is. I’m guessing it has to be for you too. I just want to know the real reason you waited around for me last week and why you’re here now?”

He shoved a hand through his low cut hair and let out a ragged breath, utterly filled with frustration. So deep, it overshadowed her own.

“I don’t know. I swear to God, I don’t know. I mean when I first saw you, I didn’t recognize you at first. It was basically you, this girl sitting there, that I couldn’t take my eyes off.” He squeezed his eyes as if it pained him to tell her these things. “I didn’t want to look at you, okay. You understand that. The things I was thinking, none of that should have been inside my head. When I realized who you were––heard your name and connected the dots. I don’t know… I just knew I wasn’t gonna leave until I talked to you. Had no idea what the hell I was gonna say, but I couldn’t let you leave like that, even if I was wondering if you belonged to that guy.”

“First I don’t belong to anyone and never will. Second…” Second she really didn’t know. There were too many questions. Most important, was Chase trying to say he was attracted to her? Needed her help, somehow? Larke drew in a deep breath, choosing to use her words carefully. Because words were her very best friend, right?

Okay. Larke pursed her lips, surprised she wasn’t freaking out. “Do you also know where I live?”

He said nothing, simply giving a single nod as confirmation, though his eyes watched her carefully. Gauging her reaction.

I’d like to wish you all the most wonderful Holiday Greetings. To everyone who has supported me in my return to writing, please know how much it meant to me. Thanks a lot. I hope everyone stays safe and I wish you all nothing but the best in the upcoming year.

Just wanted to post a quick update that this book was released earlier than scheduled. It is currently available on Amazon. This ebook comes in at just under 60,000 words for anyone interested. Hope you all like it! 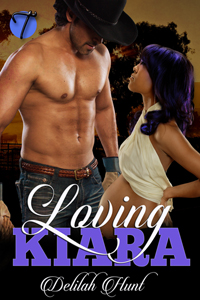 I’ve completed my next book, Loving Kiara and it is under contract with Twisted E Publishing. For anyone interested, I have added the blurb to the page. Here it is as well.

At seventeen, Kiara Monroe made the decision to leave home with her boyfriend and never look back. Two years, later she comes to regret this decision and finds the strength to end her abusive relationship. Now stuck in rural cattle country Nebraska, Kiara is pregnant, alone and living out of a trailer at the edge of the Cottonwood Ranch. To complicate matters, she finds herself falling for the older, brooding rancher next door.

After suffering through the death of a child, Rowan Kinsley is unwilling to open his heart to anyone and definitely not to the obnoxious, rude and immature pregnant teenager who has taken up residence inside a run down trailer next to his ranch. It doesn’t matter if Kiara is the one person to warm his stone cold heart, make him question the promises made to himself in the midst of grief.

Can love bring two lonely hearts together and convince Rowan that a life with Kiara is one thing his soul needs?